by Megan Cook | Retirement in Divorce

A divorce case was recently closed here in Texas, that proves the absolute importance of drafting Qualified Domestic Relations Orders to concur entirely with the text of the decree.

In this case, the decree of divorce awarded wife a portion of husband’s retirement as follows:

Fifty (50%) percent of any and all sums, whether matured or unmatured, accrued or unaccrued, vested or otherwise, together with all increases thereof, the proceeds therefrom, and any other rights related to any profit-sharing plan, retirement plan, pension plan, employee stock option plan, employee savings plan, accrued unpaid bonuses, or other benefit program existing by reason of Respondent’s past, present, or future employment, including without limitation.

Because wife was awarded a portion of husband’s retirement account, a document called a QDRO was entered with the court to divide his retirement and give her a portion.

Later, the same retirement fund grew and increased to a million dollars.

Wife filed an amended QDRO to collect her portion of his retirement that was earned after the marriage.

Wife’s basis for seeking his earnings that were gained after the marriage were that the divorce decree awarded her a portion of his “FUTURE” retirement, along with his then present retirement.

After much litigation, the final decision with the Court of appeals was that while the decree awarded her his future retirement, the QDRO language limited her award to only that which was his balance at the time of divorce.

This is the case that shows a recent situation in Texas where the QDRO was entered awarding wife only a portion of the current balance in the retirement fund, and the court interpreted that to mean that wife was not awarded the later earned retirement fund that had increased from about $50,000 to a million dollars. 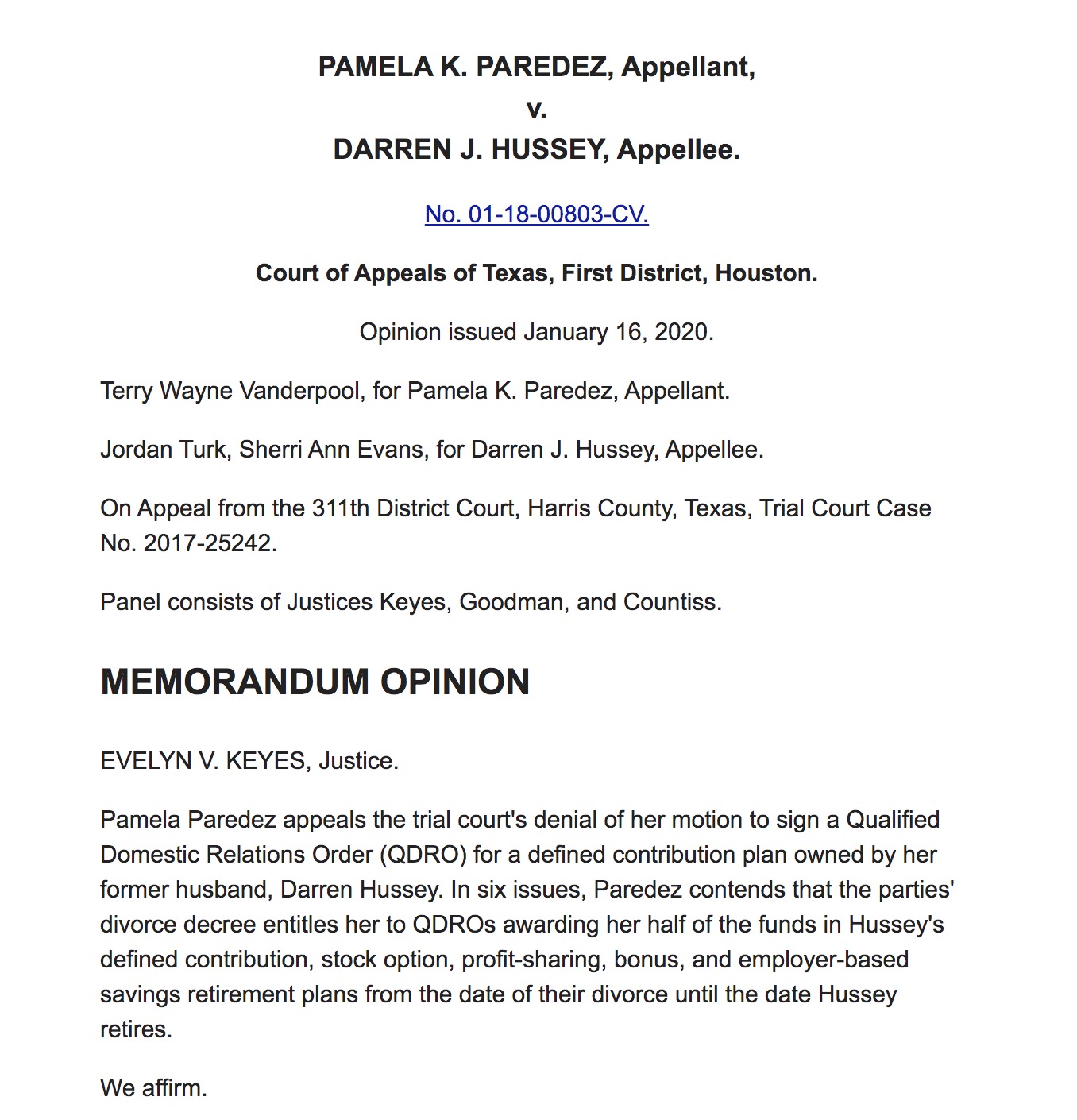