An example of how to write a divorce decree so that the sole custody will be specific enough to work for the court is as depicted below.  The sole custodian would have the child at all times, except for a couple of hours, once per week. 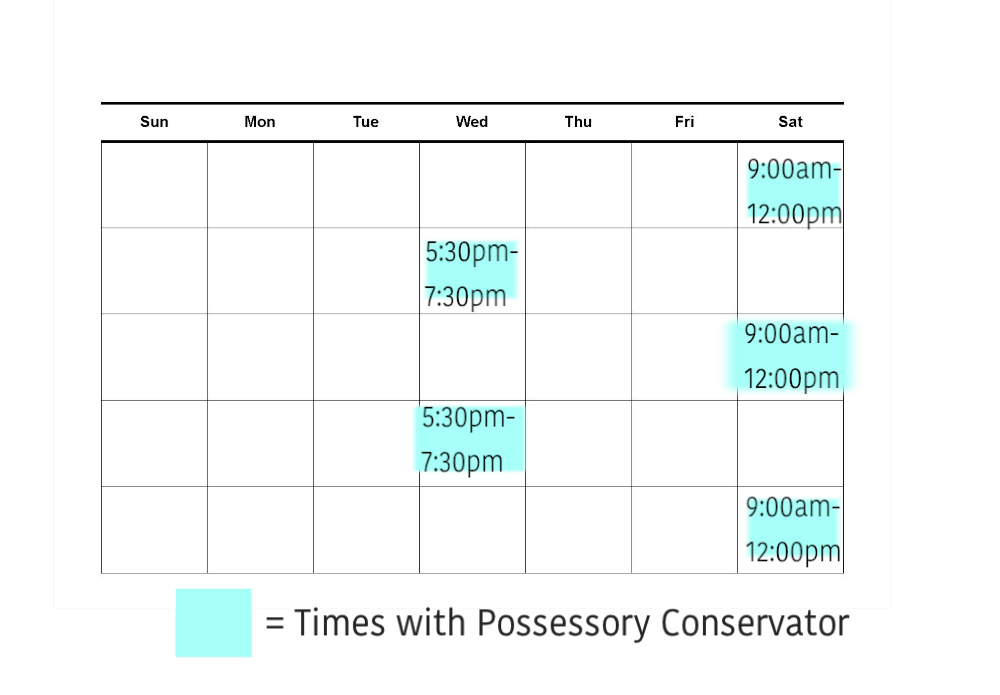 This post if for the type of divorce case, where both spouses agree to be divorced, and give one parent “sole custody.”  The concept of sole custody is really confusing in Texas, because the common conception of the term is that one parent will get to keep a child 100% of the time.  When a person calls our office wanting sole custody, it means they basically want the other parent out of the child’s life as much as possible.

In a typical joint custody situation, both parents are given basically the same rights and duties for the child.  While the rights stripped from the possessory conservator will vary depending on the individual case, several exclusive rights that are usually shared, will be given to the sole conservator:

So, rather than thinking of sole custody in Texas as a way to be with the child 100% of the time, the proper way to think about it is as way to have the primary managing rights over the child.

What is the Custody Schedule When a Parent is Appointed Sole Managing Conservator?

So, the natural question then is, can the sole managing conservator simply have the child 100% of the time?  Will a court allow this?  The answer is that there is a presumption in Texas law against having a schedule that would not provide some minimal reasonable time with the possessory conservator

“In a suit, there is a rebuttable presumption that the standard possession order in Subchapter F:

Thus, in order to have a custody schedule that does not provide specific dates and times for the child, a Lawyer should write into the decree the basis for why the presumption should be rebutted.

Unless the lawyer drafts this part of the decree, the client getting sole conservatorship risks a higher likelihood that the possessory conservator will be able to modify the designation at a later date. However, this is no language, in the author’s opinion, that could be written into the decree so as to permanently and completely prevent a later possible modification if it is sought by a parent.