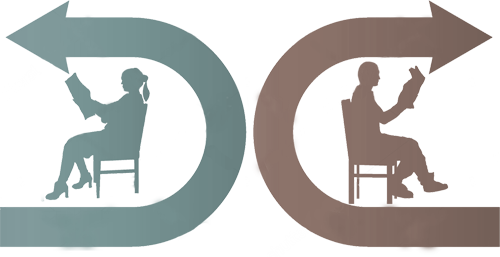 Summary About Serving Your Spouse With Notice

You cannot get a divorce, unless your spouse has been “served” with notice.

The purpose of serving someone with papers is to let them know that there is a lawsuit (ie a divorce) pending against them.

The law does not want people to be able to sue other people, without telling them about it. In principle, it does make sense.

At first, you may assume that getting your spouse served with divorce papers will be easy. But, in fact, serving your spouse can become the biggest challenge of your entire divorce case.

What counts as getting “served” in Texas requires that a highly specific process was used for the service. starting on page 80 of the Texas Rules of Civil Procedure 103.

Here is a video quickly summarizing the laws, which will help you find the rule to use for your case, whether you are a lawyer or a pro se litigant:

You, handing your spouse your divorce papers is NOT service. “But why?!” you ask—“Afterall, I handed him/her the papers so they do know about the case—why can’t that count?” 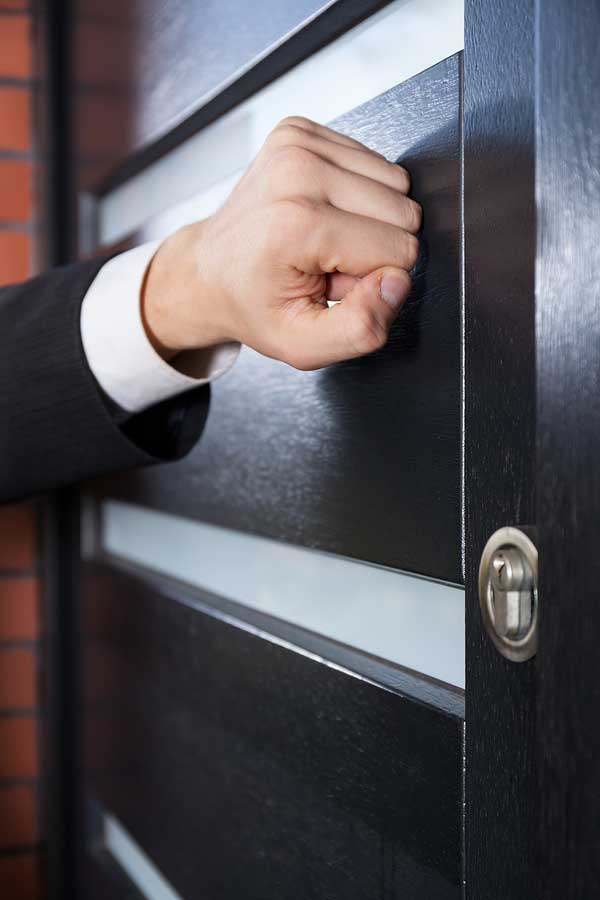 Well, it doesn’t count according to Texas Law. Understand the importance of what we are saying :-

If you do not properly serve your spouse, then the court cannot grant your divorce in the end. So whether you are a lawyer reading this, or a person just researching, we at partasfriends hope that this post will ease the confusion of what you really need to do to get a person served, in Texas, during a divorce.

You Can Hire Us To Handle This, But Don’t Use This Website As Legal Advice.

However, you cannot use this page to substitute as legal advice. We advise that you hire a lawyer for serving your spouse because service of process can be a complex sequence of events involving questions of jurisdiction, which even seasoned lawyers can have difficulty with.

Also, note, you are at the Cook & Cook Law Firm website. We can handle this for you.

If you do not want to figure out how to serve your spouse, you can hire a Cook & Cook Lawyer on this website for the sole purpose of serving your spouse.

Method #1 : for Serving Spouse: Waivers Will Work, But Sign Them With Caution

Your spouse can sign a waiver, saying that they don’t need to be served.  In friendly divorces, this is the most common type of service.  Your spouse signs a document, before a notary and files it with the court.

If you are thinking about signing a waiver of service, do so with caution.  Read the waiver.  Make sure the waiver does not also waive your rights to your children and your property, as many of them do.

Method #2 : to Serve Your Spouse With Divorce

The most common method of service is personal service. This is the type you see in the movies.

A process server is hired (Google process server in your jurisdiction and you will find one). The process server takes citation and petition for divorce so your spouse in person. Once your spouse is handed the papers, he is served. Texas Rules of Civil Procedure 103 says that the person doing the service cannot be a person that is part of the lawsuit itself. So, your lawyer can’t serve your spouse, and neither can you. No interested party to the suit may serve your spouse. This page: http://www.txcourts.gov/jbcc has a list of process servers that have been approved by the Supreme Court of Texas. But, the rules allow any person, 18 or older to do the service, if authorized by the court. And, no formal motion needs to be made to get authorization from the court, so this rule seems to the author, to be pretty loose. The document that has to be served is the Petition for divorce and the citation. Then, once the document is served, the process server has to file what is called the “return” which shows the date of service. Please see Texas Rules Civil Procedure 107 for details on the requirements of the return.

Note that in order for this to work, you have to have ordered a citation from the District Clerk and given a copy of it to the process server. If the spouse knows that service is coming, and avoids your process server, you can do substituted service by Motion. 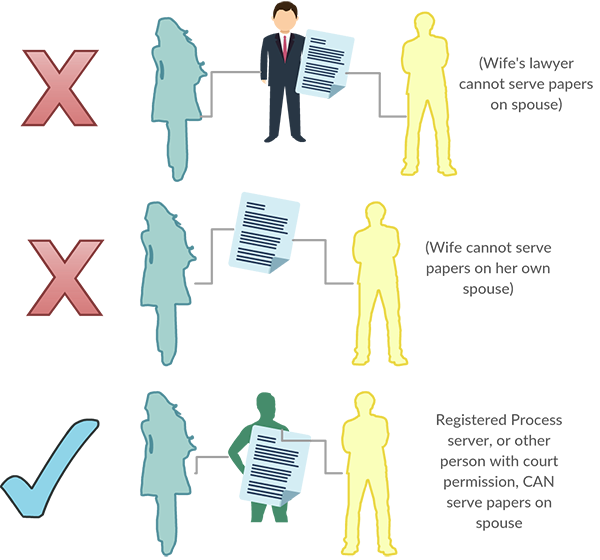 Method #3 : For Service of Process, A Substituted Method (Such as Email)

This is essentially where your process server documents his efforts to effectuate the service, and shows the court, via attached affidavit that your spouse avoided his efforts. The court will then allow service to be done not in person, but on the door where your spouse lives.

Also, service, under this substituted method could be done anywhere that the spouse is likely to be found. Texas Rules of Civil Procedure 106(b).

In fact, the rule is quite broad: service can be rendered
in any manner that an affidavit or other evidence shows will be reasonably effective to give notice.” This includes service by email! But, again court permission via motion is required for this. However, service of process cannot be rendered by social media (facebook, twitter) because house bill 17.032 proposing the same was turned down in 2015.

Substituted service can even be rendered by serving your spouse’s parents, who may be refusing to reveal an address to you. (Rule 106(b)).

Note, that serving your spouse on the door does require that the process server tried the regular method, failed, and then motioned to the court to do substituted service!

You can’t just start off right from off the bat with the substituted service.

*Service cannot be rendered on Sunday. 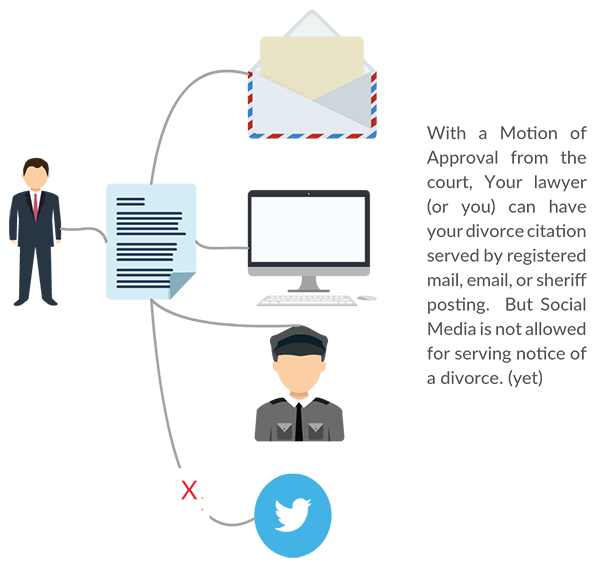 Another method of Service is “Mail Service.” Be careful with this method because there is a lot that can go wrong. The overall rule is that the citation and petition are mailed to the address of your spouse by registered OR certified mail (return receipt re quested), and that your spouse then SIGNS the return receipt. The signature on the returned receipt must be legible, and must be from your spouse (not someone else). *Note, when ordering this to be mailed, make sure you order that the mail is certified with return receipt requested. Who can mail the document for service? You can’t, because you are an interested party. Rather, the clerk of the court is the best person to get this job done. Note, that all of the certification and return receipt requirements can be avoided with a 106(b) motion that is granted by the court. Rule 108 allows substituted service for out of state people as well, so long as the officer rendering service files an affidavit swearing as to his/her disinterest in the suit. After a citation is returned, it must be on file for 10 days before the prove up for the divorce can be scheduled.

Method #5 : When Spouse is Missing and There are No Children, Sheriff Can Post it on the Door

Notice of Divorce by Posting :

You can simply post notice of the divorce on the courthouse door if:

You have to wait 27 days from the date of posting (and at least 60 days have past since divorce case started) before you can finalize a case with service do ne by this method.