In a divorce, if both parties will remain on the outstanding car lien, it is important that the party not receiving the car has the ability to repossess the car from the paying party.

Example scenario:  Jane is awarded the car in the decree of divorce, and is ordered to pay it off every month.  If she fails to pay it, Bob can take the car back and/or sell the car. 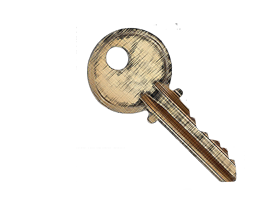 Car Repossession if JANE DOE Does Not Adhere to Payments

The Toyota Camry is awarded to JANE DOE subject to her assumption and timely payment of the debt which is held in Bob Smith’s name. JANE DOE is ordered to pay not less than the minimum amount due on the first day of each month to Toyota Motor Credit, by mailing a check payable to the same.  JANE DOE shall email BOB SMITH proof of the payment rendered via email at ___________ on the first day of each month,  Should JANE DOE fail to timely pay any obligation to Toyota Motor Credit for the Liabilities, IT IS ORDERED that JANE DOES shall surrender the car keys and all access keys to BOB SMITH, in person at the address of _____________ at 6:00pm 24 hours after receiving notice of BOB SMITH’S intention to repossess the vehicle. Thereafter, Bob Smith may hold the car until all past due payments are made, keep the car, or sell the car at his election.

See discussion on the web of people confronting this issue after the divorce.

Divorce Settlement Options as to the Car and Lien in Divorce

Read this page to see your Settlement Options When deciding on how to divide car debt in a divorce.